Pop over to Paris?

"What country would you like to go to tomorrow?"

I cant exactly say this is a question I've ever been seriously asked before, but there it was today, thrown at me as I got out of bed and went to get a morning coffee. I'm staying at my friend's in Brussels at the moment and he thought it might be fun to go Amsterdam, maybe Berlin, Barcelona? Just for a few days. You know, just casually. This might I just add is coming only two days after we went to Paris for four days - because we could. And yes, Paris was amazing. Me, Ruby and Sean (friend I'm staying with in Brussels) ate snails and patisseries, drunk a rather large quantity of wine, raced around looking at all the very very remarkable buildings and museums and even enjoyed the night life - where we didnt get home till 6am the next day. Woops.

So, right now, I'm just about feeling like the luckiest girl in the world. 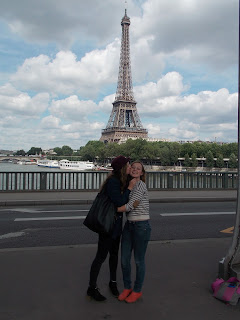 
Cardiff is such a beautiful cultural place. One of my favourite things to do here was just walk around the city and take in the atmosphere. 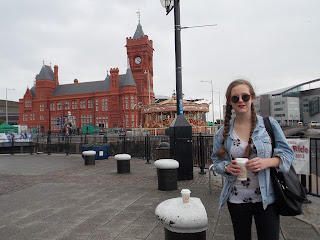 It was here that I also saw my first castle and I honestly couldn't help but feel as though I was in Game Of Thrones. It was so hard to comprehend just how old this building was, and the times in which it was built. I suddenly have a strong desire to find as much as i possible can about the past. Maybe I'll become a history major? 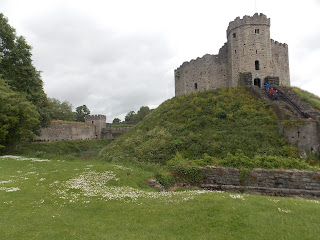 Now, for a Dr. Who fan, there is no place like Cardiff.

It is expected that the Doctor Who experience would be incredible and just full of cool/interesting Dr.Who stuff, but I had just no idea just how much of an 'experience' it would be. It was like someone had just picked me up and placed me on the set of the show. I had life size (because they're real, right?) daleks coming at me, weeping angle statues changing their position as the lights flash on and off, David Tennants tardis to walk around in. Yep, it was just incredible! 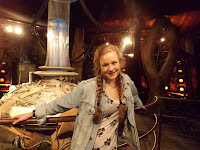 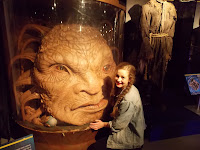 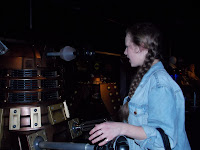 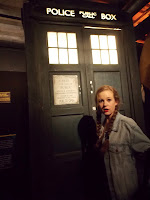 
I stepped off the plan and right into a movie with 'London Calling' as the soundtrack. I expected accents, and beautiful buildings, people rushing about while some just walking around in a daze but no about of expectation could prepare me for the overwhelming feeling of actually being here.

I had one full day in the city, and my goodness my friend was determined to show me it all! I meet Nina at 10:30am at Bond Street station and off we were to the Wallace Museum. Now the thing about Nina is she is the type of person to say "Yeah, lets do that!", and actually do 'that'. This led to getting a taxi ride just a few blocks just so we could ride in a typical little black cab, going full out tourist and going on a sightseeing bus, walking to the london eye, going to the Globe theatre, having lunch in an english pub, and going to a bar in Soho before heading home. All in one day. My calves were not ready for that one.
But the coolest part of the day, meeting this guy.... 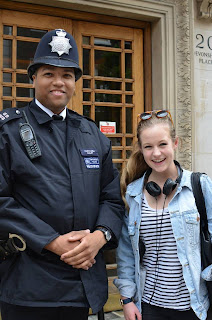 Pretty much as friendly as they come, and with the accent and all, your typical wonderfully-dressed English police man!

Ok, London, you've won me over in a day. Lets see what else you can deliver! 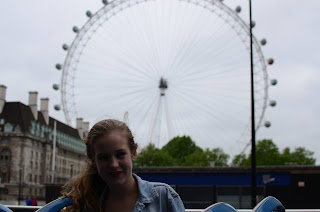 
I've decided to document my gap year adventures in a blog for you all to follow. I'm doing the cliched out of school, not sure what to do with my life thing, and travel to Europe. Hopefully to find myself a little bit, or lose myself, either way is fine with me. In a months time I will be flying into London and heading to Wales the very next day to explore Cardiff. After that Ireland, then Greece, then wherever the wind shall take me. I'm hoping for quite the adventure... 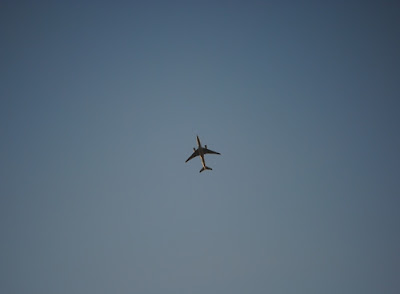